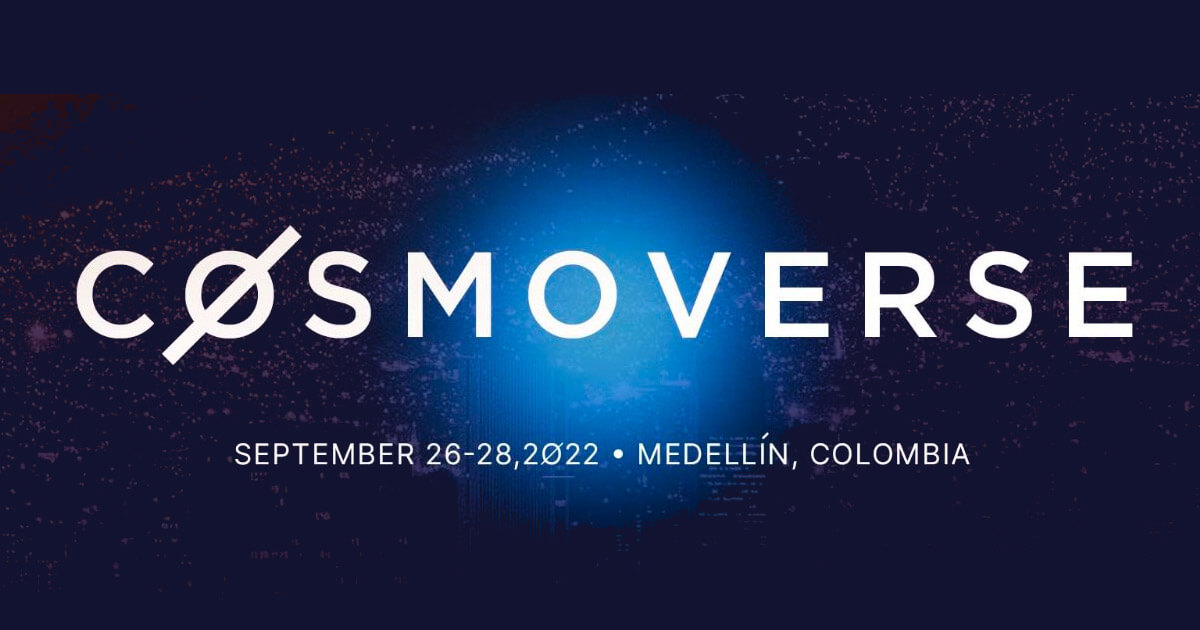 The final day of Cosmoverse in Medellin is coming to an end amid a party atmosphere in South America where few would believe a bear market was underway. Cosmos ecosystem supporters, builders, and investors gathered in Colombia to celebrate the launch of ATOM 2.0.

However, community sentiment aside, the native token of Comos, ATOM, struggled to hold $14 and fell 12% against Bitcoin since the event’s start.

Cosmoverse: Everything you need to know

The first day started with an unforgettable rap by Cosmos Co-Founder Ethan Buchman and Sunny Aggarwal in a full suit of armor to argue for the need for mesh security across the Cosmos network.

The ATOM 2.0 whitepaper was announced and released on the first day of the conference, outlining the new economic model for the future of the token. In presenting the whitepaper, Buchman stated that

“Cosmos is not competing with other Blockchains, we’re competing with legacy institutions to preserve values of sovereignty and interoperability to enable greater political and economic expression.”

Co-Founder of Sommelier, a yield optimization platform on Cosmos, Zaki Manian, spoke passionately about the future of the ATOM token. Manian praised liquid staking, the allocation model, and cross-domain MEV within the new vision for ATOM, stating that “finally we know what is the right way to redirect the value within the Cosmos ecosystem back to ATOM.”

Other talks on day one covered the core development principles of Cosmos, the evolution of Medellin as a technology hub, the growth of web3 within LATAM, a P2P staking platform called Neutron, the integration of Komodo into the Cosmos ecosystem, and the launch of an interchain DEX from Persistence. The second day began with Joe Bowman, Quicksilver’s co-founder, speaking about the importance and benefits of liquid staking in the Cosmos ecosystem. In a star-studded panel, Osmosis Co-Founder Hyung Yeon also put forward the concept of blockchains collaborating to expand the DeFi ecosystem by creating a “multi-chain block, a single block connected to each other where IBC can be expanded as a feature.”

Other talks throughout the second day covered web3 privacy, carbon credits, building communities with NFTs, and web3 gaming on Cosmos.

The final day is ongoing at the time of press and will sure to be packed with phenomenal content, and you can catch it all live on YouTube.