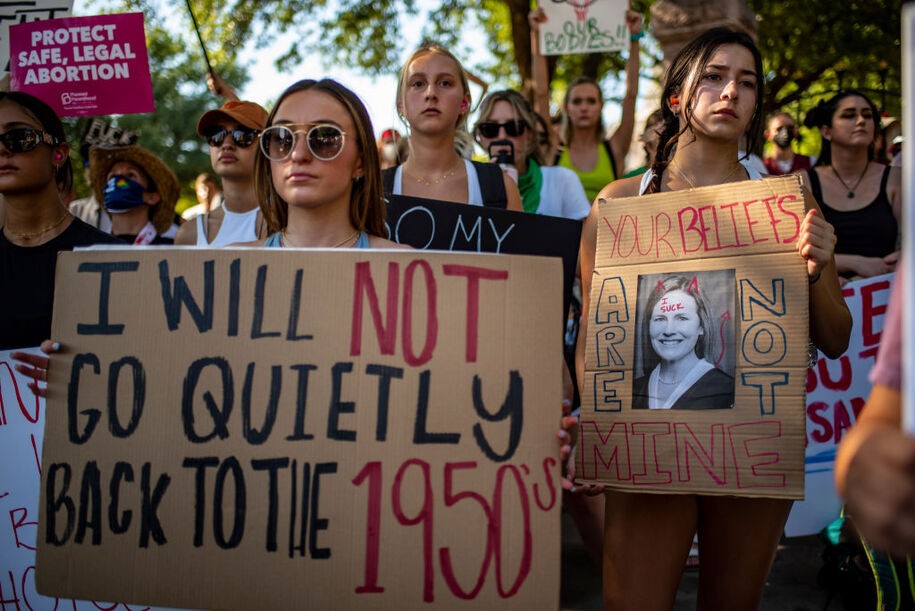 It also amazes me that the US is trying to convince Europeans to do more to help Ukraine — not the other way around.

As Hurricane Ian charged toward the western coast of Florida this week, the warnings from forecasters were growing more urgent. Life-threatening storm surge threatened to deluge the region from Tampa all the way to Fort Myers.

But while officials along much of that coastline responded with orders to evacuate on Monday, emergency managers in Lee County held off, pondering during the day whether to tell people to flee, but then deciding to see how the forecast evolved overnight.

That decision cost lives. And as much as Republicans like to posture, when emergencies (see Uvalde) and disasters (see Katrina) happen, you need government to function. No more games.

“Staff members at the community center in Martha’s Vineyard arranged for a migrant named Pablo to call home to Venezuela, Ms. Rolanti said. He appeared broken.

‘My love, we were tricked,’ he told his wife, weeping uncontrollably. ‘This woman lied to us. She lied.’” https://t.co/Qtq3l9hj0C

By Monday, global markets responded by selling off UK-backed assets and pushed the UK’s currency, the pound, to a valuation of $1.03, its lowest-ever value against the dollar, before it inched up later in the week. Investors soundly rejected the new economic plan, dubbed “Trussonomics” in reference to Reaganomics, the supply-side economic policies passed under Ronald Reagan in the 1980s.

Over across the pond, playing at supply side economics isn’t working out so well. Want to know where Liz Truss came from? See the Spectator piece here:

This is probably the best single piece summarising her/advisers quotes and views on economics in general, written just before she took office https://t.co/w3KYi6PWIT

The Republican party’s dominance-based authoritarianism is fueled by alpha displays of economic, political and physical violence inside and outside the party. Everyone must be kept off balance, distrustful, in competition for what limited security exists. The cruelty is the point…

You pass a law outlawing abortion? I’ll pass a law putting a $10,000 bounty on women who seek an abortion. This need to escalate displays of dominance is why the downward spiral of authoritarianism accelerates as it takes hold. We are seeing this spiral now in the GOP.

This is why various Republican leaders are signaling the end of marriage equality, social security, the affordable care act, voting rights, Medicare. This is why Lindsey Graham prematurely signaled an national abortion ban. He’s frantic to signal his dominance by attacking women.

Why the Florida Fantasy Withstands Reality

Cape Coral is a microcosm of Florida’s worst impulse: selling dream homes in a hurricane-prone flood zone. But people still want them.

Five years ago, after Hurricane Irma pummeled Florida’s Gulf Coast, I rode a boat through the canals of Cape Coral, the “Waterfront Wonderland,” America’s fastest-growing city at the time. It was a sunny day with a gentle breeze and just a few puffs of clouds, so as I pointed to the blown-out lanais and piles of storm debris, my guide, a snowbird named Brian Tattersall, kept teasing me for missing the point of a magical afternoon. He said I sounded like his northern friends who always told him he was crazy to live in the Florida hurricane zone.

“Come on. Does this feel crazy?” he asked, as we drifted past some palm trees. Cape Coral is a low-lying, pancake-flat spit of exposed former swampland, honeycombed by an astonishing 400 miles of drainage ditches disguised as real-estate amenities, but to Tattersall it was a low-tax subtropical Venice where he could dock his 29-foot Sea Fox in the canal behind his house. When I asked if Irma would slow down the city’s population boom, he scoffed: “No way.”

Then he paused to reconsider. Irma had swerved away at the last minute, and even that near miss had made a big mess. “Look, if we get 15 feet of storm surge, holy shit, that would take out Cape Coral.”

Then he paused to re-reconsider. He sipped his beer in the sunlight.

One thing i’ve learned in my years of whining about Florida’s unsustainable trajectory in the climate era is that most Floridians don’t care.

Stunned reactions keep coming in with respect to Ukraine reclaiming Lyman. Andrey Gurulyov, former deputy commander of Russia’s southern military district, said he couldn’t explain the defeat. He blamed in on a system of lies, “top to bottom” and was suddenly disconnected. pic.twitter.com/O4aoRqVx96

In reading this after-the-election 1998 Guardian piece about the fall of Newt Gingrich and the savage obsession (I like the 2020 Bill Kristol and David Frum much better) about Bill Clinton, I’m struck by a big difference: the GOP’s modern refusal to accept defeat:

Give them that old time religion

The Republican Party has lost the plot, says Martin Kettle, and shows few signs of returning to the mainstream

The capture of the party by right-wing ideas and leaders has in some ways been synonymous with the party’s capture by Christian conservatives, mainly from the South. This overwhelmingly white movement has focused on a social agenda with no real equivalent outside the United States. Grounded on a belief in the literal truth of the Bible, its issues cluster under ‘family values’ – by which such figures as Pat Buchanan and Pat Robertson mean patriarchy, motherhood, anti-homosexuality and, above all, an obsessive hostility to abortion. Fundamentalists in Congress include Trent Lott of Mississippi, the Senate leader and House whip Tom DeLay of Texas, who may prove to be the only member of the Gingrich leadership to survive the blood-letting.

First cousin to this Southern Christian conservatism is a form of moralising entrenched among northern, often Washington-based intellectuals. The archetypal embodiment of what a recent New York Times survey called ‘the scolds’ is Kenneth Starr. Its most prominent exponent is the editor of the Rupert Murdoch-owned Weekly Standard, William Kristol, who relentlessly presents the Clinton-Lewinsky crisis as a test of the nation’s moral rectitude. Mr Kristol is far from alone.

After the votes are counted in 2022, precinct data will provide more clues on how the parties are doing https://t.co/0ezDDZoh2j

Read that with this:

Alternate framing, using the same map and polling data: Nevada looks increasingly bad as a Dem hold opportunity, so pressure *on Dems* grows to flip the Pennsylvania seat if they want to to hold the Senate. https://t.co/V9VTRmzhdJ

The right to control our own fates is at stake in 2022. Can suburban women save it?

Liberals and conservatives should agree on the right to self-determination. Our votes should matter and our bodies should be our own, whether we’re talking about vaccines or abortion.

The progressive political organization Red Wine & Blue offers “Troublemaker Training” sessions for suburban women and a logo with a cartoon wine bottle that, intentionally or not, brings to mind mommy wine culture. I fled the suburbs where I grew up and was struggling to relate to this group until Gisele Fetterman started talking about “imposter syndrome” – self-doubt and insecurity that make people, often women, wonder if they belong in certain roles or careers.

“You are all smarter than many of these people in politics,” Fetterman, wife of Pennsylvania’s Democratic Senate nominee, Lt. Gov. John Fetterman, told hundreds of women in a troublemaker Zoom session. “You have to just get in the mirror and talk to yourself. Do you not lift your kids up all day long and tell them they’re amazing? … Why do we talk our children up but we talk ourselves down?”

Been there, done that, got past it and tried to help others fight it – as a young woman reporting on politics decades ago, a columnist learning to trust my voice, and an editor urging women to use theirs to write op-eds.

The GOP’s ‘new’ midterm strategy turns out to be just ripping out the ‘Willie Horton’ page from 1988 and amping up the dog whistles on crime and race, even darkening WI’s Barnes’ skin in one flyer