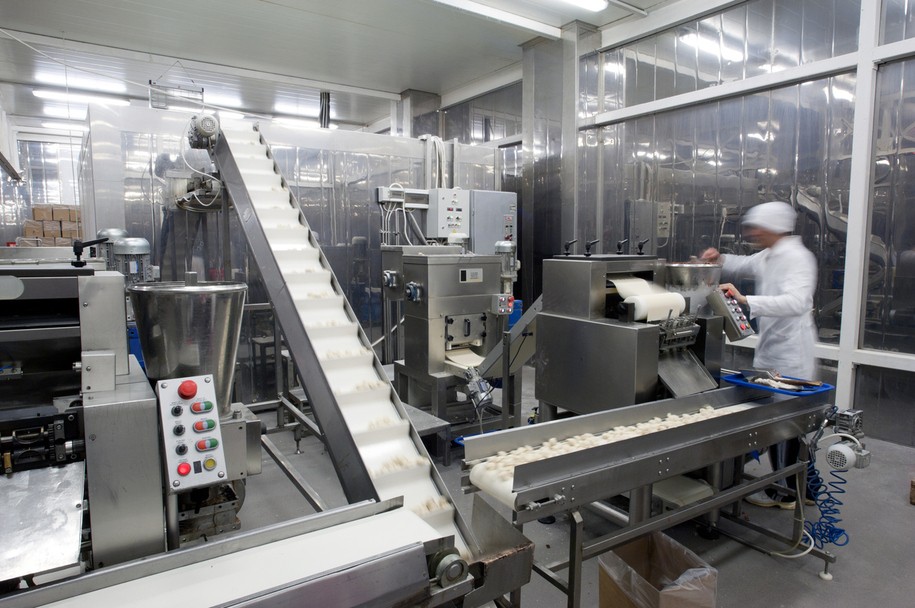 Reynolds joined the union effort two months after being hired when a colleague handed him a union card and asked if he wanted to join. He said he was still mostly in the “honeymoon phase” and wanted to make sure the things he liked about working there, like being given free meals, would not change since he knew the Asheville, North Carolina-based company was growing. He had also begun to notice things that he wanted to improve and wanted to ensure a negotiation space for better health benefits and safer conditions. Prior to Reynolds arriving at the company, there was already an OSHA complaint and violation regarding food preparations.

One of Reynold’s concerns was equipment that he considered below standard, including gloves that had holes in them, which were used to handle corrosive materials. Another worker, who asked to be referred to as Cassie, said the mixing machines used to make their “Comrade Cluck” leaked gear oil and metal shavings into the mixtures. When she brought the concern up to management, she was told that as long as she picked out most of the obvious parts, that it was considered food safe. According to Cassie, they even brought in an X-ray machine to prove there was not enough metal in the product to make people sick from consuming it.

“The promises being made about the quality of the product to the consumer were not being kept,” Cassie said. “And we were always met with, ‘Mind your business,’ like, ‘This is not a thing that you need to worry about’—that kind of thing.”

According to Cassie, who worked at No Evil Foods for six months beginning in 2019, the strictest standards were not on the quality of the product but on employee attendance. Cassie and other workers agreed that they would be reprimanded for being one minute late to work or from break. Meghan Sullivan, who also started in late 2019 and worked there until June 2020, said she was called into the office toward the end of April and was asked to sign a paper stating that she was late on various occasions, that her tardiness was unacceptable, and that she would be terminated if it happened again. Sullivan, who had been one of the union leaders and comes from a pro-union family, said she knew better than to sign the document and instead consulted human resources. Sullivan said she would only sign the document if they could specify exactly how late she was on those dates. The human resources manager said he would look into it, and Sullivan was never asked to sign the document again.

Max Miller, who worked there between June 2019 and March 2020, was handed his union card by one of the original organizing members. According to Miller, the unionizing effort began because workers who had been with the company since its beginning started seeing management diminish their voices and no longer take workers into consideration for how things should be operated. Two months into working at No Evil Foods, the schedule shifted to include semi-mandatory work days on Saturdays, and many of the original workers quit as production continued to ramp up. With a smaller staff and increased production, Miller said the weight of the work fell on him and others working a second shift.

“The workers were increasingly becoming just kind of the pawn in that equation,” Miller said. “Any decision they made would just be made without any of our involvement or questioning. They would keep just trying to push us to hit higher and higher numbers with fewer and fewer people. It just seemed like there was no real sympathy or care from management. It just felt like, they thought, ‘We’ve decided we need to hit these bigger numbers, so we’re going to hit them no matter how much that affects you.’”

According to Reynolds and other workers, once company co-founder and CEO Sadrah Schadel learned of the unionizing effort by the summer of 2019, they hired Constangy, Brooks, Smith, and Prophete, a union-busting firm that boasts “develop[ing] comprehensive union avoidance campaign strategy” on their website. Their tactics were kicked into full gear. On multiple occasions, workers say they were held in captive audience meetings, where leaked meeting audio reveals Schadel telling workers unions are corrupt and unprogressive, could lead to covering up sexual assault, and would cost workers money. Audio also reveals co-founder and COO Mike Woliansky saying that he sees workers as “people” rather than “labor,” and that unionizing would not be beneficial for the business since they are not profitable. In a recent podcast interview, Schadel said she “just didn’t know” her company was union-busting.

“The passage of time has provided me with a greater capacity for understanding the perspective and desires of some of our team members which led to their effort to unionize, and for that I am grateful,” Schadel said in a written statement to Prism. “If I had to do it all over again knowing what I know now, I would have put absolute trust in the positive work culture I helped build and remained neutral, letting the cards fall where they may. Ultimately, I believe the outcome of the vote against union representation would have been the same.”

After months of union-busting, the union drive failed in February 2020. According to Danielle Keeter, who worked at No Evil Foods for five months from September 2019 to February 2020, the union-busting was successful because management would divide workers by shifts and tell partial truths about unions to scare people. The company had also hired formerly incarcerated employees who were less likely to feel empowered to challenge the status quo, considering how difficult it is to get hired with a prior conviction.

“It was just really disheartening to watch and listen to the company mislead their employees for their own gain,” Keeter said.

By March 2020, COVID-19 pushed the company into an even more precarious situation. The company sent notice to workers to choose within three options within 24 hours:

2. Quit with no severance, but potentially be rehired

3. Stay with the company but maintain 90 days of perfect attendance to qualify for temporary hazard pay

Concerned that the company was not taking significant precautions, Reynolds and three other workers created a petition for immediate hazard pay. The company lost 13% of its workforce after the ultimatum was given.

“Because of COVID, we had this solidarity among the workforce that we hadn’t seen since the union-busting meetings, which was great,” Reynolds said.

The following day, the petition received overwhelming support, and Reynolds was ready to submit it to his supervisors. That day, he was pulled off the production floor by the head of human resources and cornered in the back hallway. The head of HR said he had heard about the petition and that Reynolds was one of four people involved with it. Workers were eventually given hazard pay, but the company never referenced the petition.

A month later, on May 1, Reynolds was fired for an alleged social distancing violation. After Reynolds was fired, he discussed his case with the National Labor Relations Board and was told that the HR manager’s actions were illegal. Reynolds filed an unfair labor practice complaint against No Evil Foods, which was eventually settled out of court.

“I didn’t realize it at the time, but that was creating this atmosphere of surveillance,” Reynolds said. “It was coercion. He was telling me that I was being watched … I was trying to make everything better for the workplace. It wasn’t like I was doing it to be antagonistic. I was trying to make things better, and I was targeted for that.”

Another ULP was filed against the company by employee Cortne Roche on May 7, and was likewise settled out of court. According to documents obtained from the National Labor Relations Board through the Freedom of Information Act, the worker was fired for violating the attendance policy in addition to violating the dress code policy by allegedly not wearing long enough pants, even though they reached the employee’s ankles.

“I decided to file an unfair labor practice after my termination because my involvement in protected workplace activity was known as I was outspoken about my pro-union position,” said Roche in a statement. According to Roche, other workers also wore tights or pants just above the ankle without receiving violations. “I filed because it was the right thing to do. Even if nothing came of it, which is always possible in this system geared to protect companies over workers, I understood that my action is not just for myself, but for all my fellow workers.”

No Evil Foods laid off all employees without severance in June 2021 and ended their in-house manufacturing, instead working with a co-packing manufacturer, leaving anyone who stayed in spite of the ultimatum without a job.

“I just would like for the people purchasing vegan products in the hopes that they’re doing less harm to the world know that vegan food may mean that no animals are harmed, but it has to include the people making the food as well,” Cassie said.

Prism is an independent and nonprofit newsroom led by journalists of color. Our in-depth and thought-provoking journalism reflects the lived experiences of people most impacted by injustice. We tell stories from the ground up to disrupt harmful narratives, and to inform movements for justice. Sign up for our newsletter to get our stories in your inbox, and follow us on Twitter, Facebook, and Instagram.